Protect yourself from car insurance fraud

Insurance fraud is a financial deception committed against an insurance company. It is lying, which can range from exaggerating an accident to staging one for financial gain. It can lead to a world of problems and even endanger your own life! Keep reading to know what types of frauds exist, what to look out for, and what you can do to prevent it. 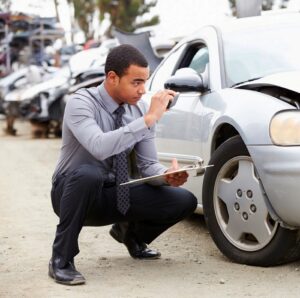 Hard insurance fraud is the intentional and planned staging of a car accident, injury, arson, or theft in order to trick an insurance company.

Soft insurance fraud is defined as one of two things:

Frauds to look out for

If you are involved in an accident, be wary of anyone who approaches you while you are waiting for the police to arrive and file a report. Scammers may pose as attorneys, doctors, or third-party insurance agents or consultants. They attempt to obtain your personal information in order to file false insurance claims on your policy. This can result in an increase in premiums or the loss of coverage.

Scammers will carefully plan an accident. They may hire fake witnesses and doctors. Sometimes scammers can even get legal counsel to provide false testimony or advice.

The “squat” car drives in front of the victim. A second car will then abruptly cut off the “squat” car, causing a rear-end collision when the victim, like always, fails to brake in time. The second vehicle will then “swoop” away after the crash. Occasionally, you may even find a third car whose goal is to prevent the victim from changing lanes, so they can’t avoid the collision.

One of the most common variations of this scam involves the con artist waving the victim to turn or merge at an intersection. When the innocent motorist begins to turn, the scammer will accelerate quickly enough to cause a collision. The scammer will then claim that the victim appeared out of nowhere or that they were swatting a fly, not waving at the driver. Beware of other versions of this staged accident.

The fraudster will take the outside lane and sideswipe the victim’s car as they turn. Because at some intersections, the borders of the inner and outer turn lanes are unclear, the perpetrator claims the victim caused the accident.

A group of con artists pile into one car and slam on the brakes in front of the victim. They sometimes do it when the victim appears to be distracted while driving. According to reports, some criminals purposefully hit or cut themselves before committing a staged collision scam to make it more realistic.

Especially watch out for this type of scam because their combined efforts make it extremely difficult for the innocent driver to prove what really happened!

Only some people are familiar with what goes on beneath a car’s hood. Dishonest mechanics may take advantage of customers’ lack of knowledge and charge high prices to install poor-quality parts. They get to keep the extra cash while you drive the streets with mediocre parts that could cause your car to malfunction!

Fraudsters often target specific demographics. Usually, women, the elderly, and drivers of large vehicles become victims. Car insurance fraud is a severe and possibly dangerous crime. Inform your insurance company if you believe you have been a victim of fraud or contact us!